Burano might just be the best rainbow town you could hope to find. It’s such a beauty! And so colourful and quaint you would barely even believe it’s real. Here are my travel photos from Burano from the couple of hours I spent there in mid-November. 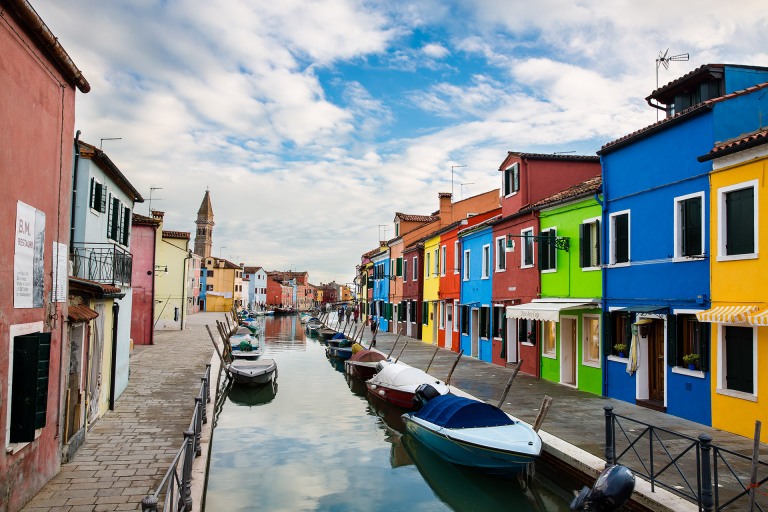 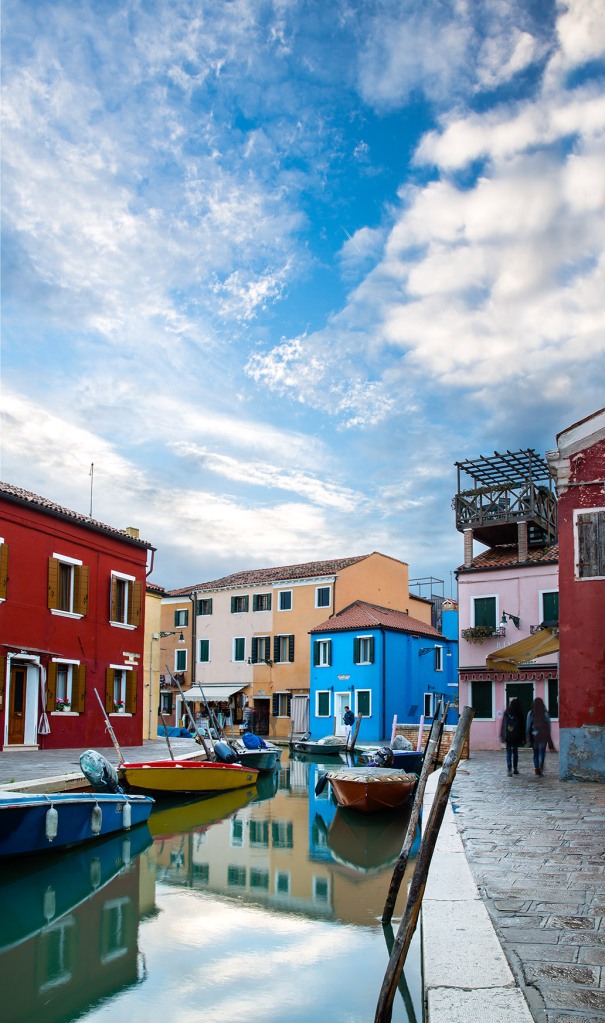 Burano is the perfect way to spend half a day or so when you’re in Venice. Take a boat from the north dock and in 40 minutes you’ll find yourself on this wonderfully colourful and surreal island. The boats leave regularly all year, though in summer they can get quite full.

The serenity of Burano in November, however, was like nothing else. The streets were quiet, though not empty, without a single sound of an engine or motor. Instead I could just hear the warbling song of an exotic bird whose cage was hanging out of a bright blue window (as pictured below in the top right). 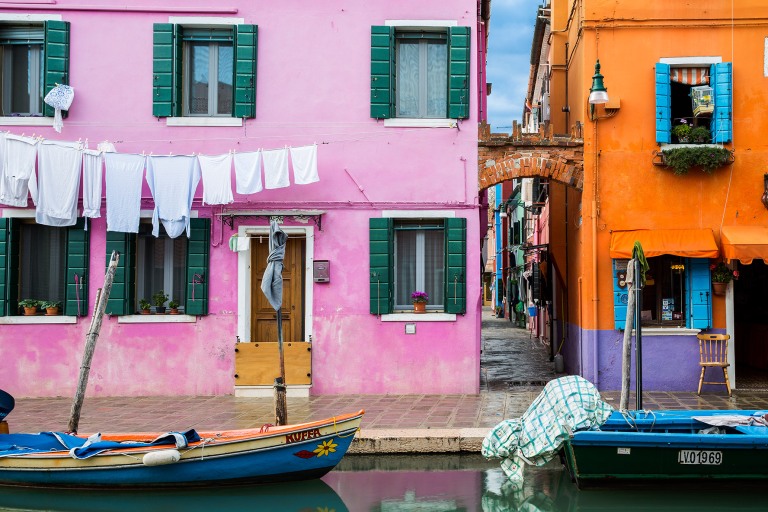 But the houses are far from serene; they’re very loud. 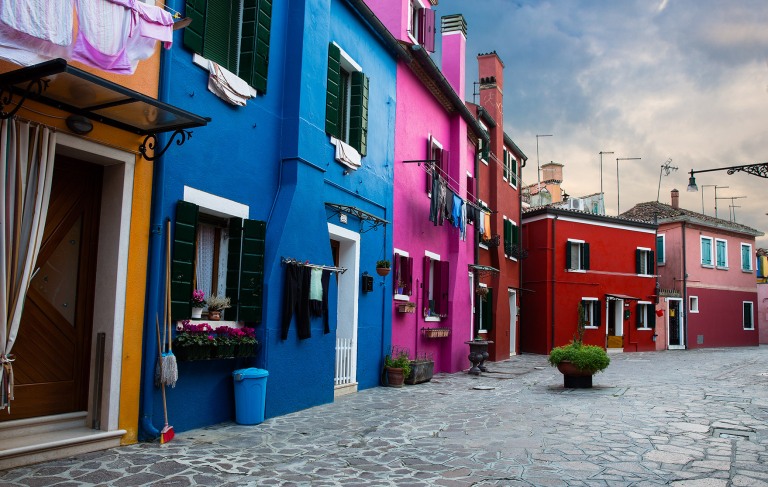 And with no roads to separate them they’re tightly compacted against each other. 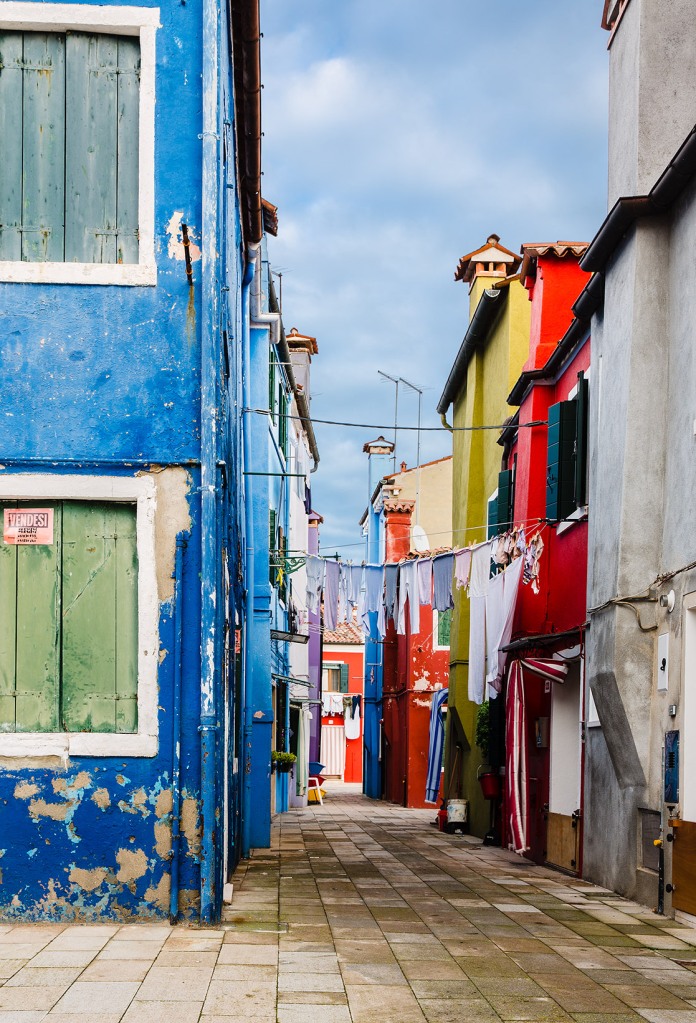 The island is also a concrete jungle. The density of houses is incredibly high, leading right up to the island’s edge. And what’s interesting about the place is the idea that somewhere so built-up could be so incredibly quiet. 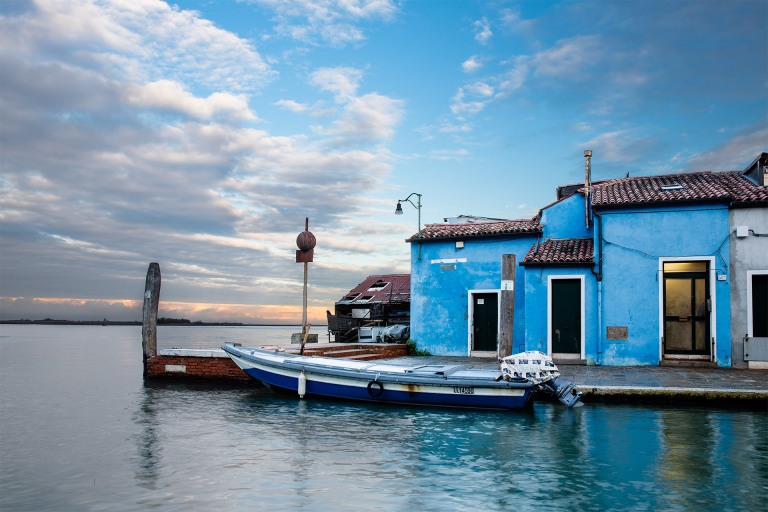 Potted plants, however, are in abundance.

Burano is very much geared up for tourism, and the town centre is crammed full of shops selling lace and glass. 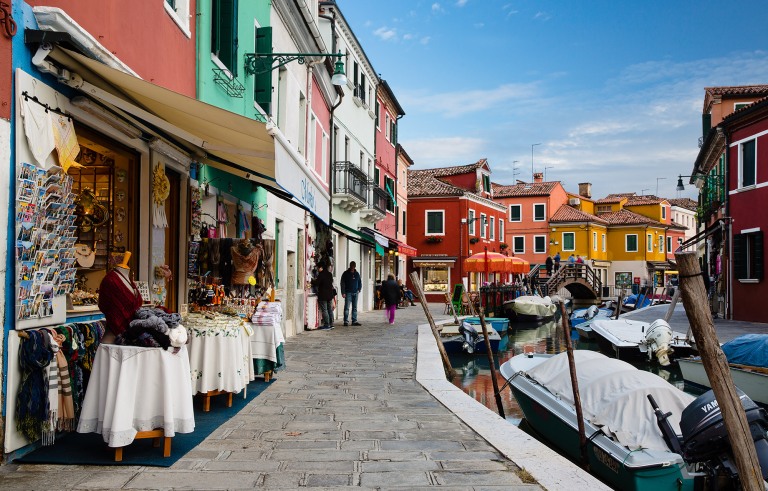 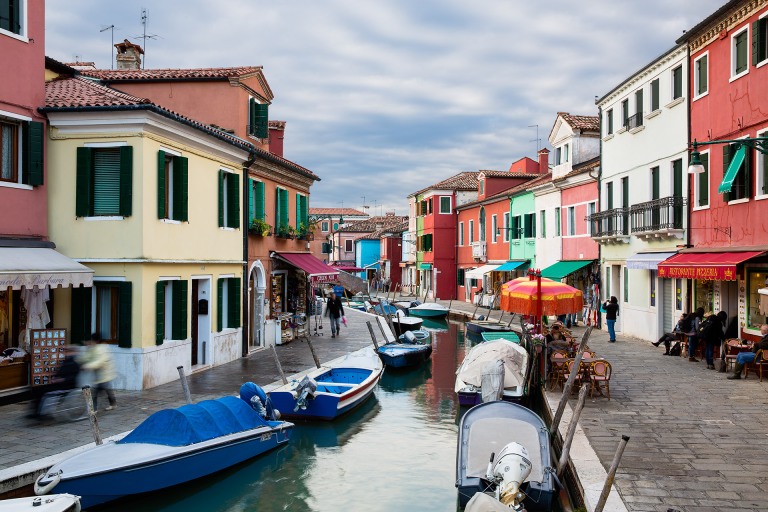 But turn a corner or two, and you are once again surrounded by colourful tranquility and decaying beauty. 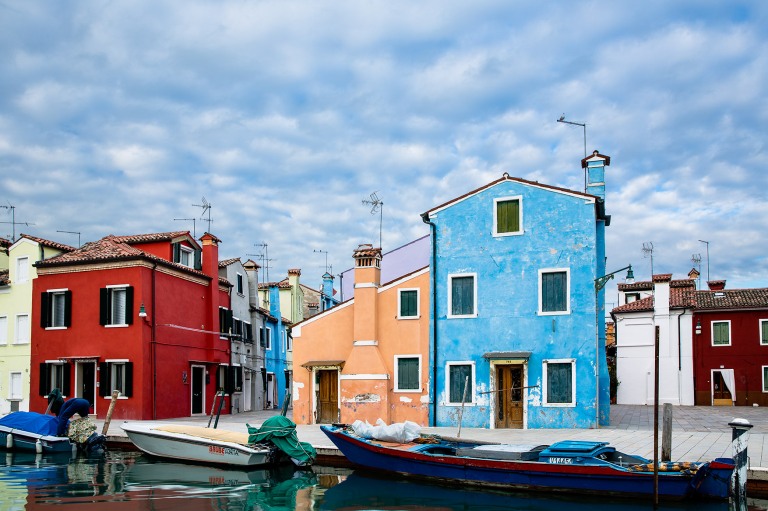 In the two or three hours I spent in Burano I scarcely took my finger off the shutter. Every single street and corner was a rainbow photograph in the making. 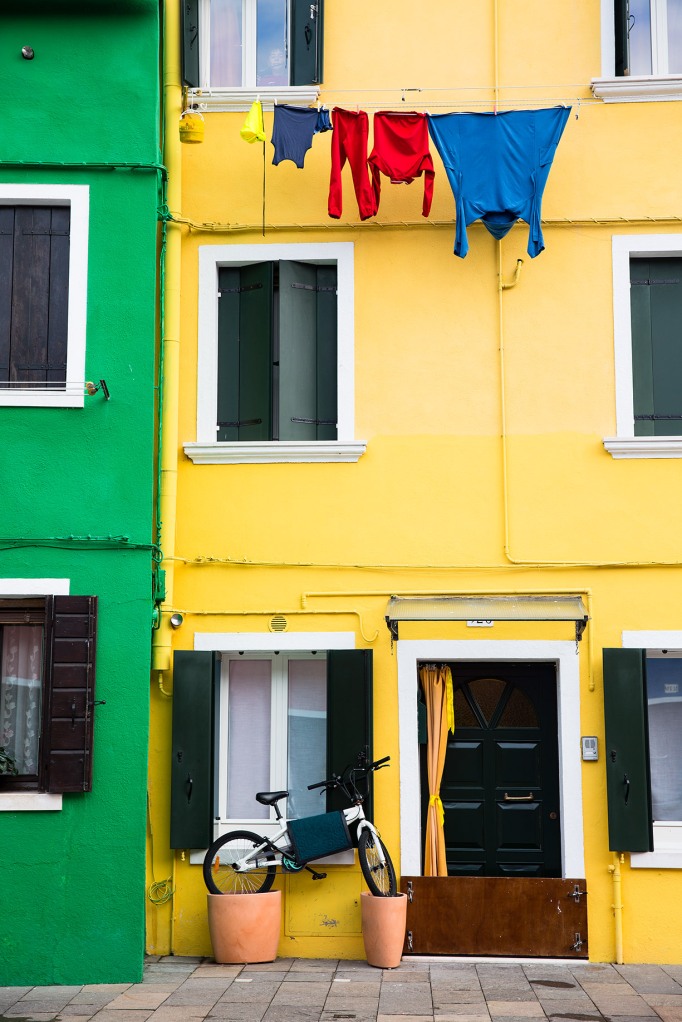 So why are the houses so colourful? Legend says that the fishermen painted them brightly so they could spot them whilst far out to sea. The other explanation is that the colours helped to define the boundaries between each house. 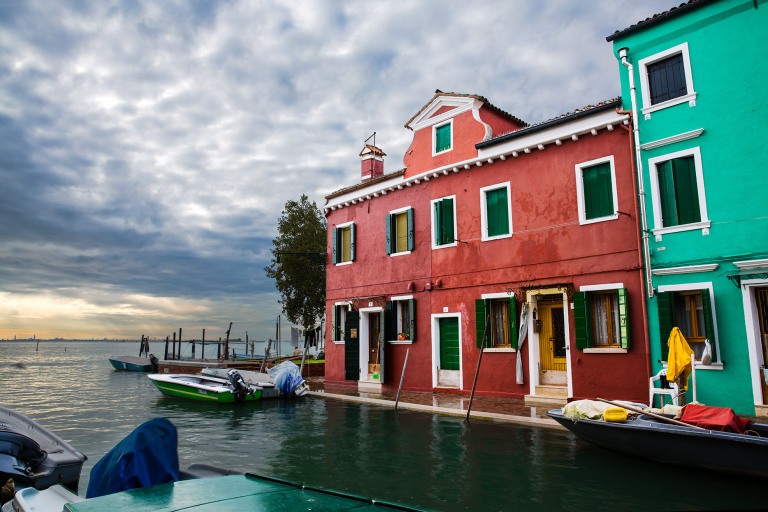 Like Venice, Burano also suffers from acqua alta (high water). During the winter months especially, the tides in the Venetian lagoon rise so high that parts of the islands become flooded. I arrived just as the water started to recede (after having an amazing morning splashing around in Venice’s San Marco Square – which is for another post…). 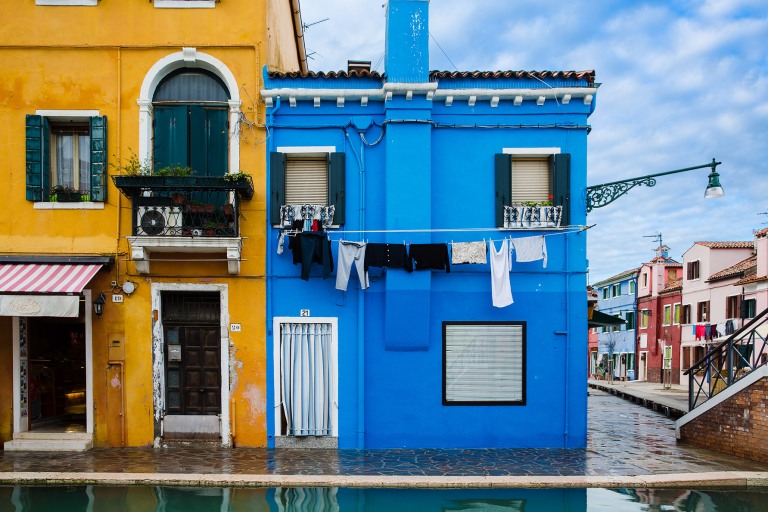 Another quirk of the island is its leaning bell tower, part of the 15th-century church San Martino. I loved the way it slanted haphazardly from the back of these houses.

As well as tourism and the selling of glass and lace, fishing is still an important part of the island’s economy. Whilst ambling along the streets you will more than likely see fishermen at work on the canals or taking home their day’s catch. 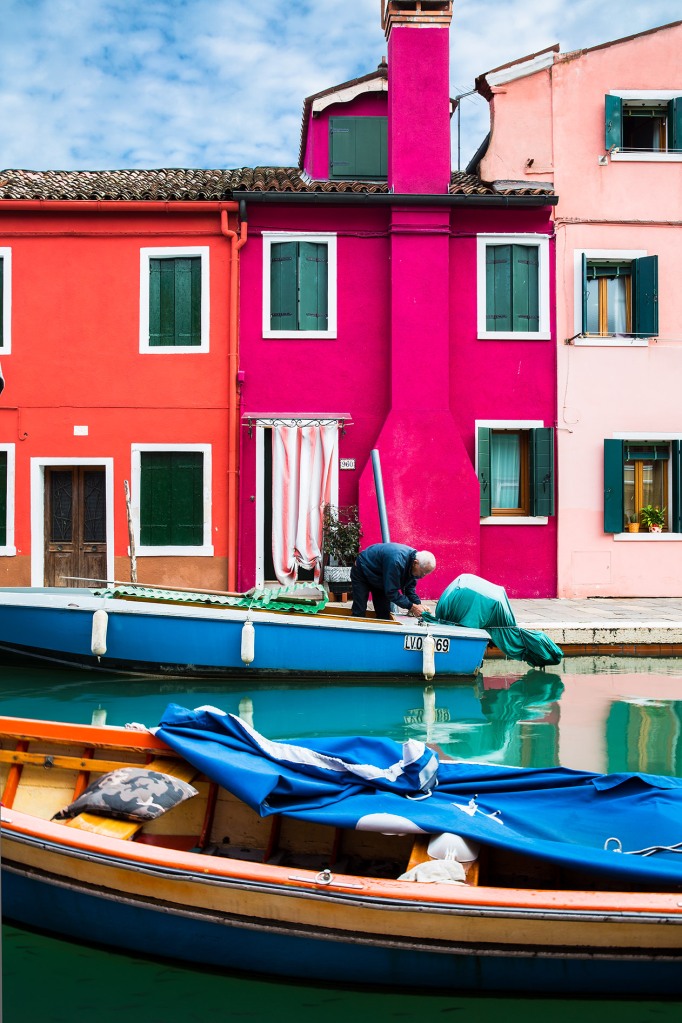 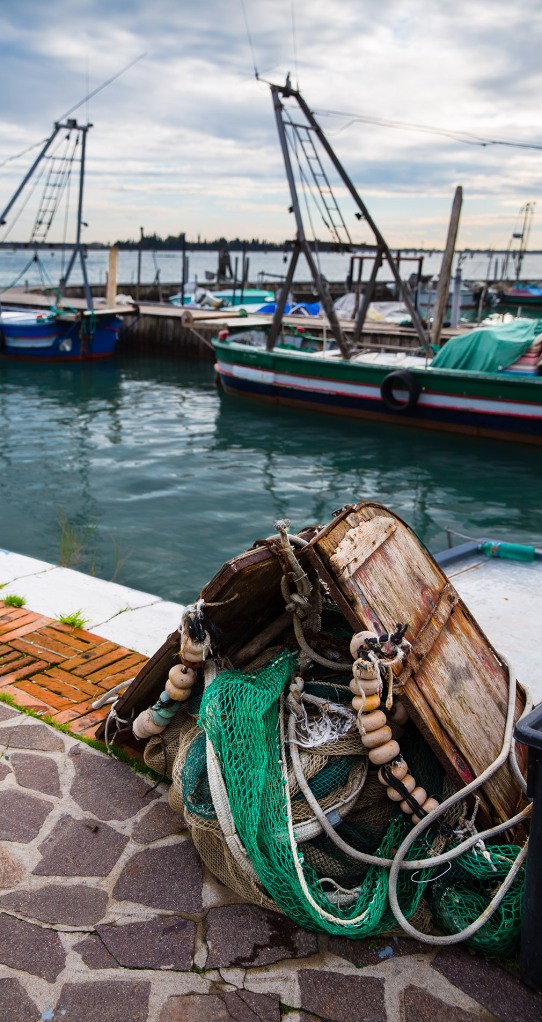 My only regret was that I couldn’t stay longer and dig deeper into this unique little island. 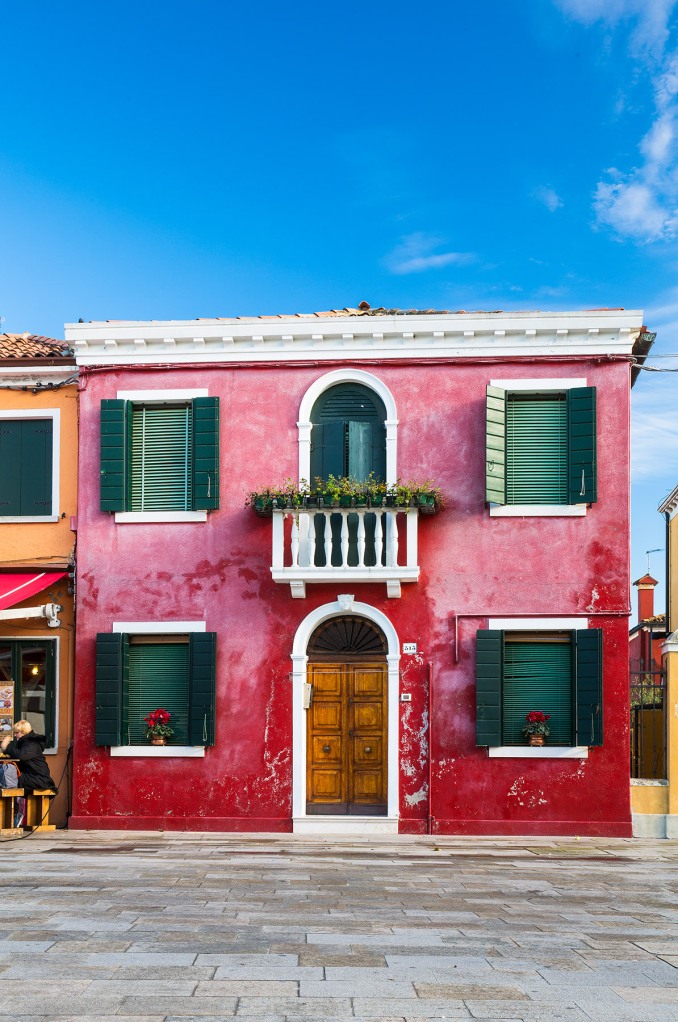